The signing of the Armed Forces Community Covenant in 2012 quickly led to the establishment of the Basildon Borough Civil Military Partnership Board. The Board's primary aim is to fulfil the objectives of both of Basildon's armed forces covenants. 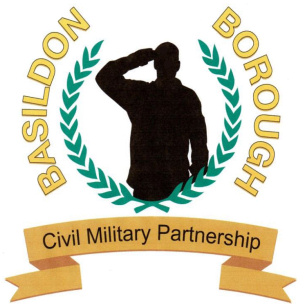 The Civil/Military Partnership Board will:

Membership on the Board includes representatives from:

The Civil/Military Partnership Board meets quarterly. At a meeting in December 2018 the Board recommended that Basildon Council sign an Armed Forces Corporate Covenant. This recommendation was accepted by the council's Policy Oversight and Strategy Committee and the Corporate Covenant was signed in February 2019.

Enquiries please to the council's Head of Engagement, see contact details below.