In the news: An expression of condolence following the passing of Her Majesty Queen Elizabeth II

Following the announcement of the passing of Her Majesty Queen Elizabeth II, the Mayor of Basildon, Councillor Luke Mackenzie, has expressed his sincerest condolences on the behalf of the borough with the following statement 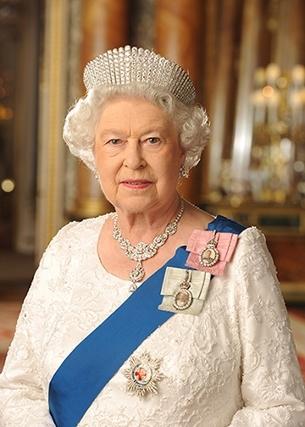 "We join the rest of the nation in expressing our great sorrow at the announcement today of the passing of Her Majesty Queen Elizabeth II.

"On behalf of members and officers of Basildon Council, and the people of the Basildon Borough, our thoughts and prayers are with the Royal Family during this difficult time.

"The Borough of Basildon holds fond memories of Her Majesty The Queen - from Her Majesty's visit in May 1999, in which she opened the Glass Bell Tower of St. Martin's, to the euphoric celebrations as part of Her Majesty's Platinum Jubilee in 2022. These are and will be regarded in the history of the borough as very special days to be remembered.

"Her Majesty the Queen's dedication and service to Her country and the Commonwealth is truly humbling and we hope the Royal Family are able to take solace and comfort in how highly Her Majesty was thought of by this borough, the nation and the entire world."

As a mark of respect, flags at the council's town centre offices in the Basildon Centre will be flown at half-mast until further notice.

Her late Majesty's funeral will take place at 11am Monday 19 September.

In one of his first speeches as monarch, HM King Charles III set out that the day of the funeral will be a public holiday.

The council will follow its usual arrangements for a national Bank Holiday.

All council services will cease on Monday with the exception of planned burials, a minimal street cleansing service and emergency housing repairs.

Council offices and the Barleylands Recycling Centre will be closed. Waste and recycling services will be pushed back a day.

On Sunday 18 September, at 8pm, a minute's silence will be held across the UK to honour and remember HM The Queen.

The government has shared additional details about the minute's silence. The silence can be marked privately at home on your own or with friends and neighbours, out on your doorstep or street with neighbours.

Residents can sign the official book of condolence online at www.royal.uk

A physical book of condolence is also available for staff to sign, located by the reception area in the Basildon Centre.

The book is available to be signed between the hours of 9am and 4pm Monday to Friday, and from 9am to midday on Saturday 17 September.

Floral tributes are welcome at a number of locations across the borough, and residents have been leaving flowers, messages and small gifts in memory of HM The Queen.

These areas are being respectfully maintained by council officers. Any wilted or tired displays will be carefully removed and composted or planted.