Basildon for business - Who is here already?

Case studies of some of the major firms who are already thriving here in Basildon.

Basildon is the largest economy in Essex and a significant driver of regional and national growth. Basildon's business base has increased rapidly in recent years and the borough is now home to 7,725 thriving businesses.  A significant number of these have particular strengths in the Digital, Creative and ICT sector and the Advanced Manufacturing sector.

Key global brands and corporates have been established in Basildon for a considerable time, these include: the Ford Motor Co., New Holland Agriculture, Leonardo, MIRA and DST Financial Services to mention but a few. More recently, COSTA, the nation's favourite coffee shop and the largest and fastest growing coffee shop chain in the UK, relocated to Basildon in 2017 on completion of its brand new £38m coffee roasting plant.

Why do global brands and corporates choose Basildon? They tell us here... 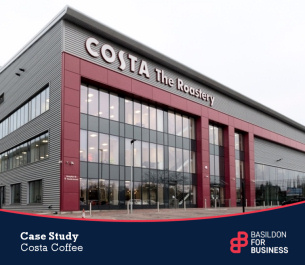 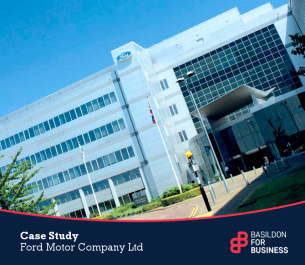 Based in Basildon since 1967. Ford Dunton in Basildon is a global centre for the company's engine, transmission and commercial vehicle engineering and development. 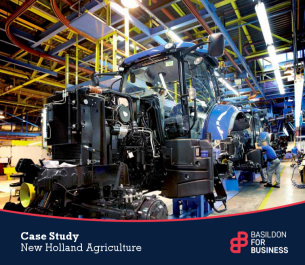 Based in Basildon since 1964. Here at our Basildon site we currently produce both the T6 and T7 range of tractors ranging from 120hp to 270hp. 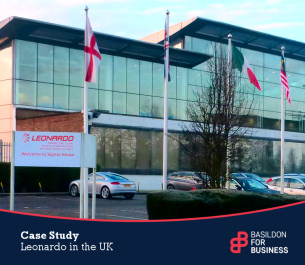 Leonardo in the UK

With its origins in Basildon since 1952. Leonardo (formerly Selex ES) designs, develops and manufactures products for national security and military uses as well as complex civil infrastructure management. 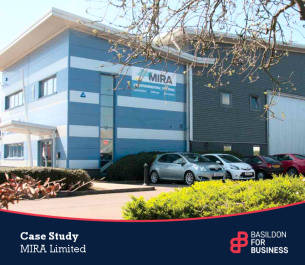 Opened in Basildon in 2000. MIRA is a vehicle engineering specialist but the Basildon site is an Environmental Test Facility - one of the largest independent ones in Europe. 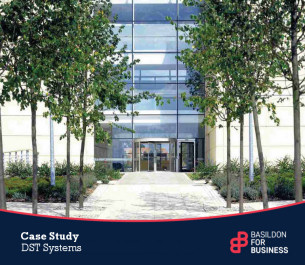 Opened in Basildon in 2002. DST Systems is a global investor and policyholder outsourcing organisation, providing administration, technology and operational support for the financial services industry.